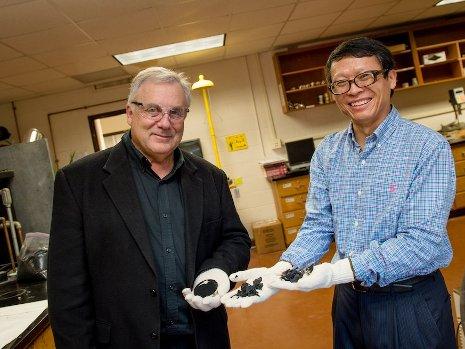 Where the Rubber Meets the Rubber: Two Michigan Tech Studies Could Lead to Better, Greener Roads

September 29, 2014— Since the 1960s, Sun Belt states have built their roads using asphalt mixed with crumb rubber made from ground-up scrap tires. This rubberized asphalt not only provides a market for old tires, it is also quieter and longer lasting than conventional asphalt pavement. But will it work in a four-season climate? Especially in places where winter comes early and stays late? To find out, the Michigan Department of Environmental Quality (DEQ) has awarded several grants to study rubberized asphalt, including two totaling $1.2 million to Michigan Technological University. One will fund a study aimed at reducing emissions and odor. The other will test a new technology that could, among other things, lower energy costs and make life easier for road crews. David Hand, chair of Michigan Tech’s civil and environmental engineering department, leads the first study. “Before the DEQ allows rubberized asphalt to be used on state roads, they want to know if adding crumb rubber to the hot mix asphalt will still allow us to meet Michigan’s current air quality emissions standards,” he said. “They want to make sure that nothing is being added to the pavement that could harm the environment. And, they also want us to evaluate options for reducing the odors from asphalt plants.” With $336,214 from the state and matching funds from private sources, the team will test various mixtures and additives to determine the best recipe for low-emissions rubberized asphalt. They will also be looking at various ways to neutralize odors, which are typically caused by sulfur compounds. The work will be conducted in the lab and at two Michigan asphalt plants, one in the Upper Peninsula and the other in lower Michigan. Asphalt plants are often somewhat smelly, “and if you start throwing tires in, the odor could be more significant,” said Research Scientist/Engineer II David Perram, who is also working on the project. “There may be an additive we can incorporate to reduce odor or a production process that will decrease pollution. We can also compare costs, which will be important to the road builders.” And yes, there will be sniffers. “There will be an olfactory sense evaluation: does this stink or doesn’t it?” Perram said. And the team will also conduct analyses to pinpoint any compounds that might be odor-causing culprits. The second study will focus on a new technology developed by Professor Zhanping You. With $1.7 million, including $855,860 from the DEQ and additional private support, he will be refining and testing a new, cooler way to make rubberized asphalt. “The conventional hot-mix asphalt uses a lot of energy and releases a lot of fumes,” said You. “We use a foaming process at lower temperatures, which requires less energy and reduces greenhouse gas emissions.” The foam, made by injecting water into the asphalt, makes the mixture less viscous, so gravel can mix into it more easily. As it cools, his warm-mix asphalt also achieves a higher density than traditional asphalt pavement, and it can be made when the weather turns chilly, extending the construction season. “We’ve been doing research on both crumb rubber and warm-mix asphalt since 2006, and this new project is a great opportunity to combine both those technologies,” he said. Rubberized asphalt pavement already resists cracking in winter, and the warm-mix asphalt may make it even tougher. The lower temperatures should minimize the aging effect that heat has on many materials, causing premature failure. You also expects that it could make life much more comfortable for road crews laying pavement under the hot sun. Working with road commissions, You’s team will test the warm-mix rubberized asphalt next summer on sections of local roads: the Mohawk Gay Road in Keweenaw County and Ryerson Road in Muskegon County. It’s hard to find a downside to rubberized asphalt, the researchers say. “It uses a waste material that’s a burden to society as a useful material for infrastructure, and it improves the pavement,” says Research Assistant Professor Zeyad Ahmed, who is also involved in the studies. “Building two miles of road uses up 4,000 tires,” You noted. “Plus, it resists cracks and extends life, and it reduces noise.” And, Perram said, rubberized asphalt can bring more jobs to Michigan. “We’ve been exporting millions of tires to other states, where they turn them into crumb rubber and use them on their roads,” he said. “This will keep the jobs and the resource here.” 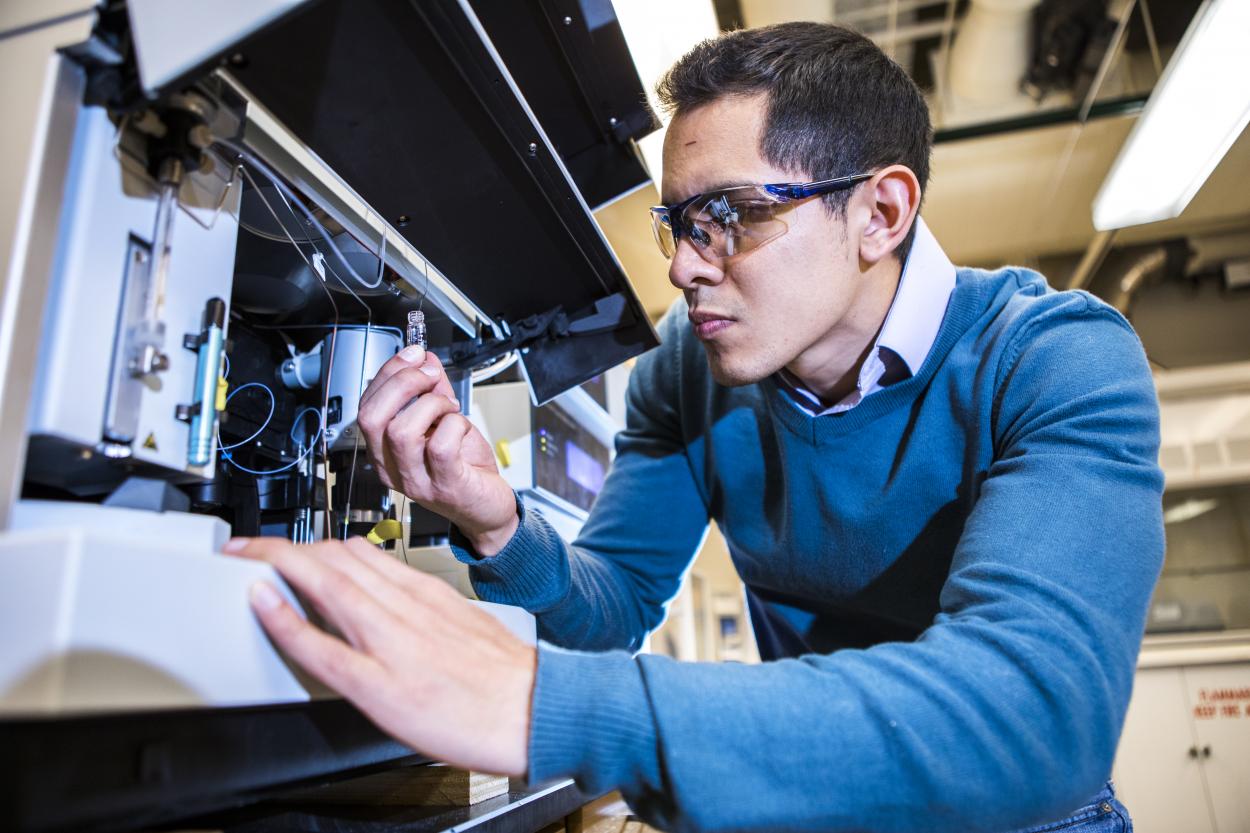 Civil
Geospatial
Environmental
At Michigan Technological University, each researcher strives to design and apply solutions to society’s most pressing problems. Take the recipient of the 2019 Michigan Tech Research Award, Zhanping You. As... 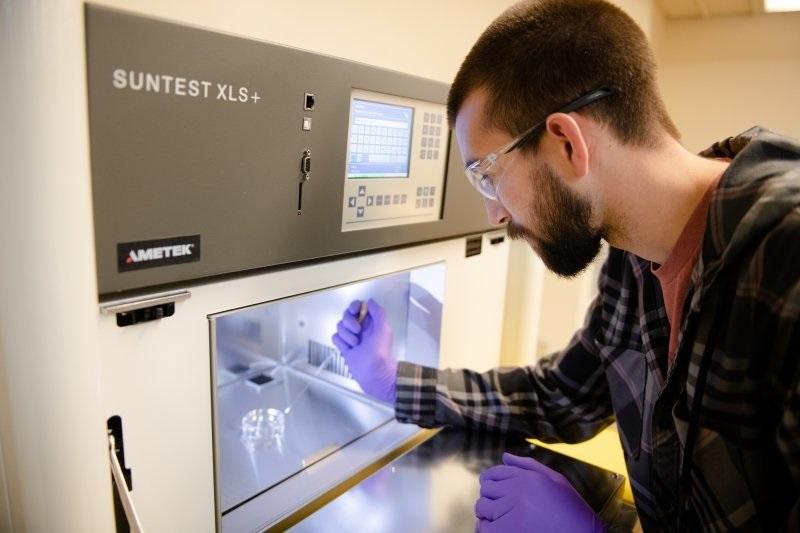 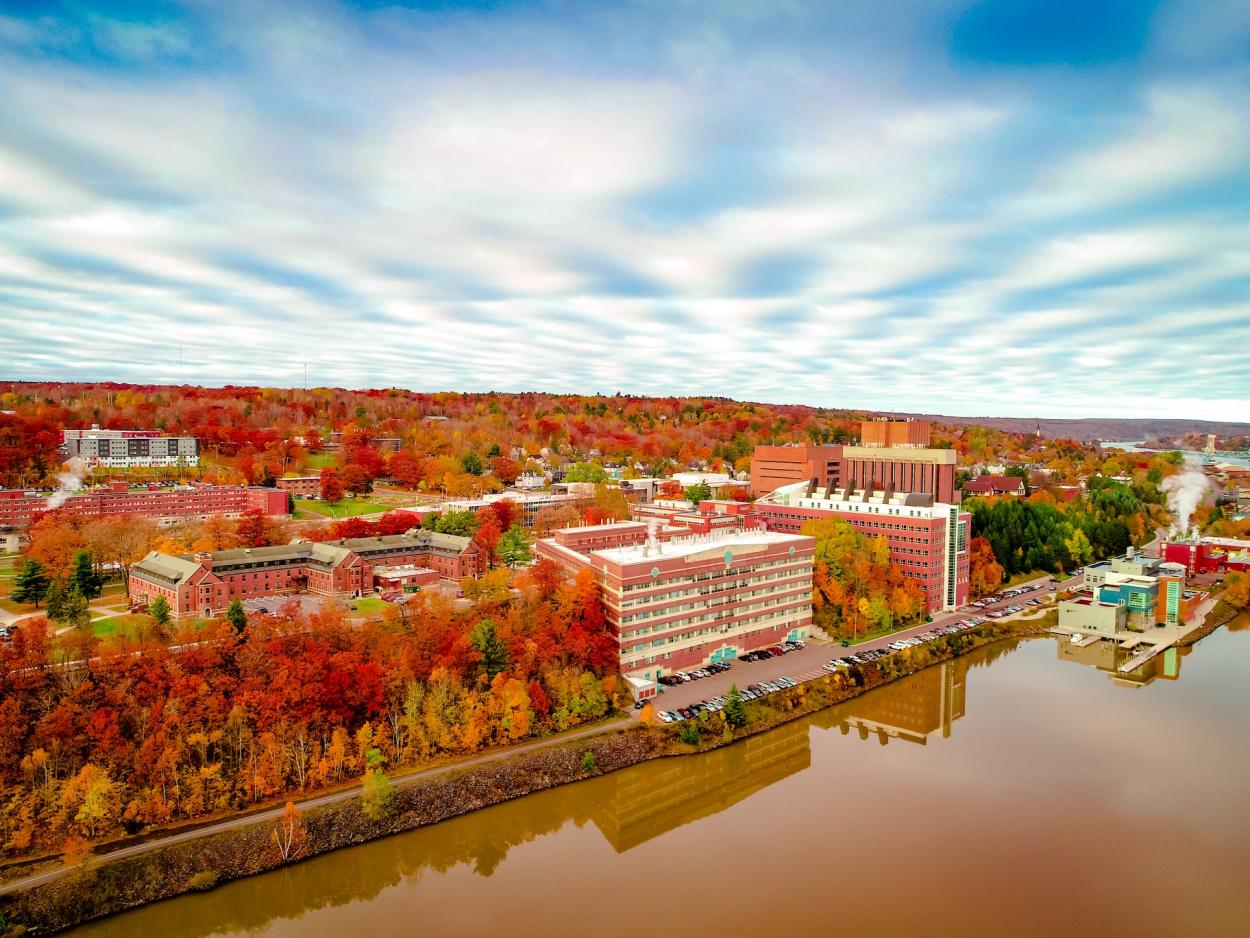